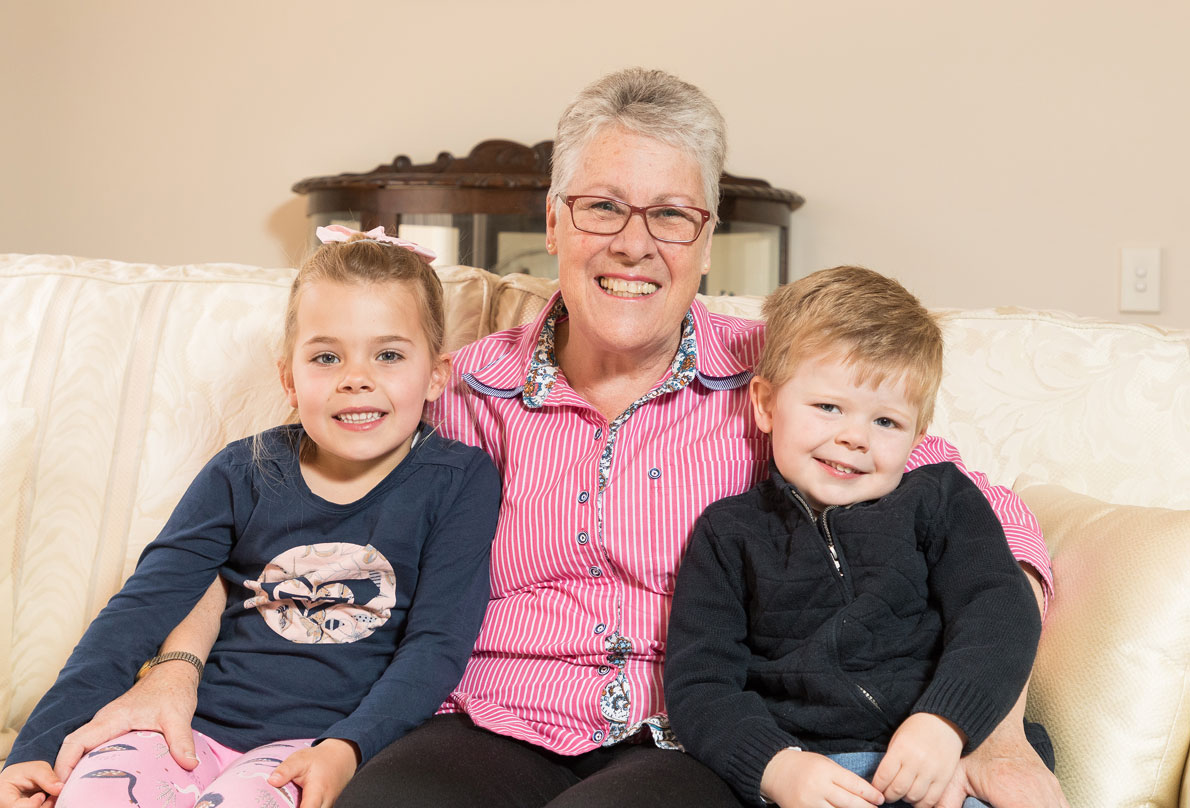 Roslyne Harkness was your typical active and healthy 66-year-old grandmother of eight when suddenly one morning, she collapsed with what turned out to be the early stages of a stroke.

A clot had occurred in the back of her brain in the basilar artery – a location which is usually fatal in 65 per cent of cases.

But thanks to world-leading research led by Associate Professor Tim Kleinig at the Royal Adelaide Hospital and supported by The Hospital Research Foundation through the Home Lottery, Roslyne not only survived the stroke but made a remarkable recovery!

In a randomised trial, Roslyne was lucky enough to receive both a large dose of new clot dissolving medication (called Tenecteplase) in conjunction with a thrombectomy procedure which removes the clot from the brain.

“Roslyne got the higher dose of the medication and the clot shifted from the basilar artery to the posterior cerebral artery,” A/Prof Kleinig said.

“So the most serious part of the stroke was averted by the Tenecteplase clot dissolving medication and we kept the brain alive until she could have the thrombectomy and the rest of the clot was pulled out.

“She got the greatest benefit and she’s essentially made a complete recovery from something which was very likely to have been a fatal stroke otherwise.

“Roslyne is the epitome of the benefits of clinical research!”

Harrowing cancer journey has given hope thanks to research