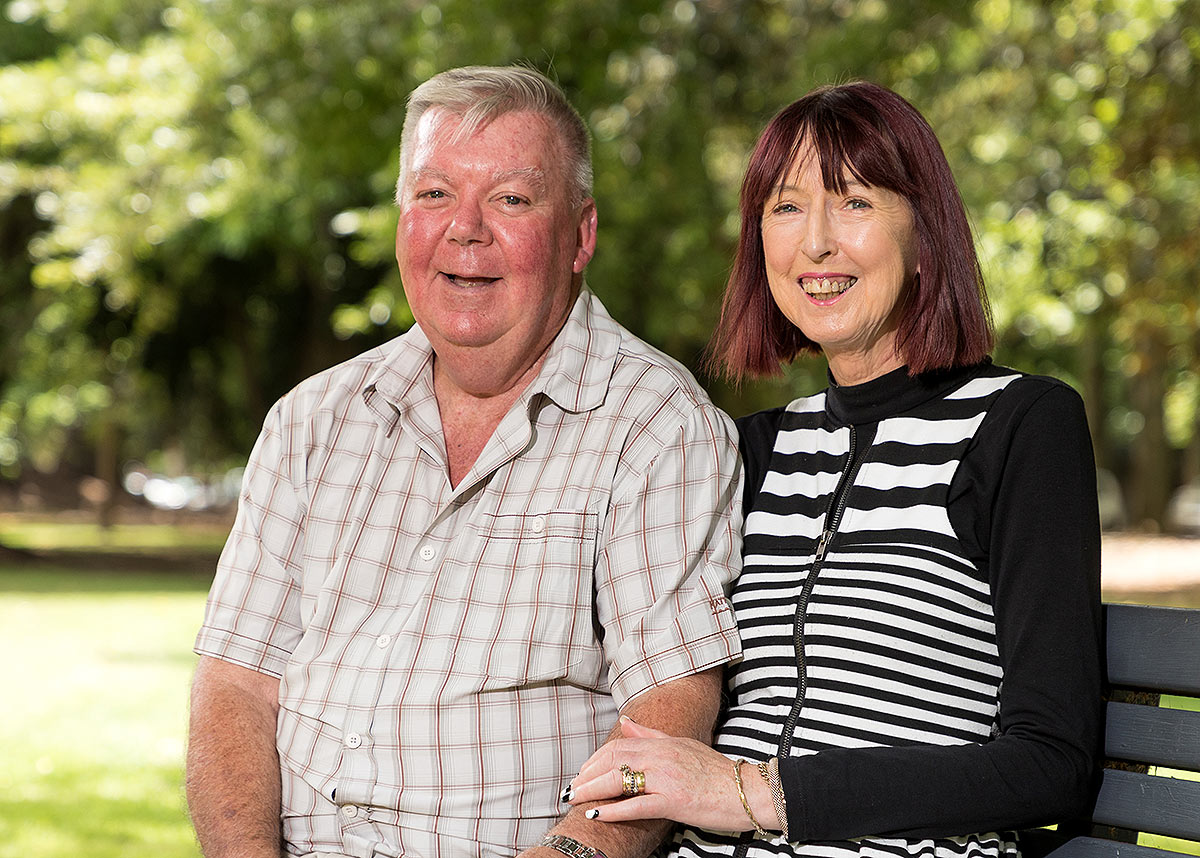 Above: Margaret and Kerry are now living their best life thanks to medical research you help make a reality.

“When my specialist said ‘Marg you are no longer a diabetic, I just burst into tears. It was 36 years I was living with diabetes.”

Margaret Harrigan was the first person in South Australia to receive an islet transplant as a treatment for her type 1 diabetes.

Now 11 years on from her life-changing procedure, Margaret is living diabetes free, a blessing both herself and her loving husband Kerry could never have imagined. This incredible outcome was only possible through ongoing research supported by The Hospital Research Foundation.

Margaret was diagnosed with type 1 gestational diabetes when she was in her early 20s and 30 weeks pregnant with her second child. It did not disappear after birth.

After years of coping well with her condition, she soon began having to inject herself with insulin five times a day before specialists put her on a pump, which mimics the actions of a healthy pancreas by delivering the right dose of insulin into the body.

This worked for a while until Margaret’s body began rejecting the insulin provided through the pump and the usual signs that warned her a hypoglaemic (hypo) episode (when a person’s blood pressure drops too low) was approaching disappeared.

Her husband Kerry said that half the time Margaret wouldn’t even know she had suffered a hypo the night before.

“She would often wake up in the morning and ask if she had one! Meanwhile the night before I had woken up injected her, done all the tests, waited until she recovered, did the tests again and then finally she could roll over and go back to sleep. I would sit up for 30 minutes after to make sure she was okay,” Kerry said.

At this point Margaret was at a crossroads on what to do next when her endocrinologist, Professor David Torpy from the Royal Adelaide Hospital (RAH), heard about the islet transplant procedure and referred her to Renal Specialist Professor Toby Coates.

With your support of the Hospital Research Home Lottery, Prof Coates has been able to pursue his research into islet transplantation which involves transplanting islet cells from a donor pancreas and injecting these into the patient as a treatment for their severe type 1 diabetes. Margaret’s procedure cured her diabetes and stopped the heartbreaking condition controlling her life.

Following her procedure, Margaret has returned to the job she loves, teaching. She and Kerry have since travelled the world together. Medical research has given them the gift of life.

Harrowing cancer journey has given hope thanks to research

You should feel proud for saving Roslyne’s life!