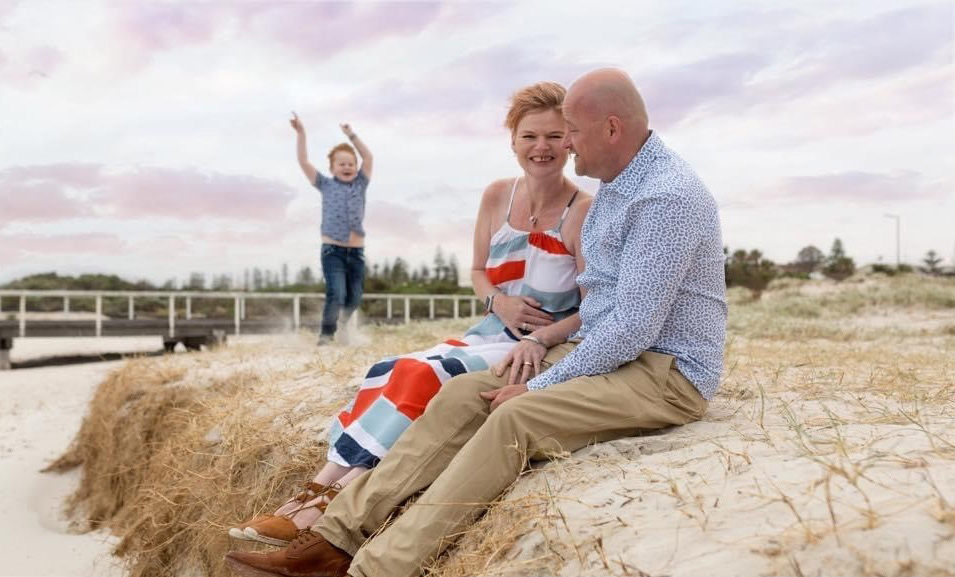 Imagine a loving mother having to sit her seven-year-old son down at Christmas to explain she had cancer, and was not expected to survive the following year.

Heartbreakingly, that’s exactly what Julie Ensor had to do.

Except that was Christmas 2016 – and four years later, thanks to research, she is still here.

The former rapid response nurse has been through a harrowing journey with neuroendocrine cancer – a type of cancer not even she had heard of. It is debilitating as much as it is deadly, with constant diarrhoea and other symptoms affecting quality of life, let alone the many tumours in her liver trying to kill her.

At her many “worsts”, Julie was bedridden on a feeding tube, or living with malnutrition, or taking five injections a day, or dealing with a secondary condition called Pellagra which has the prognosis of the four Ds: diarrhoea, dementia, dermatitis and death.

Thankfully however, Julie is being treated by the world-leading neuroendocrine unit at The Queen Elizabeth Hospital (TQEH), which is supported by The Hospital Research Foundation.

Having undergone many surgeries and trial treatments Lutate Therapy and Rose Bengal, Julie has come out the other side – feeling well and looking forward to celebrating her 50th birthday in April.

She is a long-term VIP member of The Hospital Research Foundation Home Lottery and loves knowing that the proceeds from the Lottery go to her hardworking team at TQEH, amongst others.

“They’ve saved my life more than once!” Julie says, referring to the unit and in particular, oncologist Dr Tim Price.

“Dr Price is known around the world for his work in neuroendocrine. Even when I was telling an ex-colleague of mine back in England, he told me emphatically to never to leave South Australia! He knew of Dr Price’s work and said I will never get the same treatment anywhere else in the world.”

Julie responded best to a revolutionary treatment called Rose Bengal, where a chemical red dye is injected into the tumour to help stimulate an immune response and stop the cancer from progressing and alleviate the painful symptoms.

“I was the third person to receive the Rose Bengal treatment from the unit and it was absolutely brilliant. I would have a three month break from symptoms, then it would suddenly be back with a vengeance. But the break was great, I can live with that!

“Ever since I arrived in Australia from England 10 years ago and heard about the Home Lottery, I have been buying a ticket. That was even before I was sick, it’s just such a great cause.

“I also donate the private hospital fees that I save going public, which is a great thing to do if you’re ever a private patient in a public hospital.”

Julie is now living well, spending quality time with her son and husband and starting a new career with her own dog grooming business. Despite her ordeals, and the fact she is still dealing with injections every two weeks, she has incredibly positive outlook.

Thank you Julie for your incredible support of The Hospital Research Foundation Home Lottery! Together, we can fight for better treatments and improved care in South Australian hospitals.

You should feel proud for saving Roslyne’s life!